In the United Kingdom pilots have different salaries. However, here you can check out the detailed Easyjet, Raynair, and British Airways pilot salary in UK. In this current era, transportation has become an integral aspect of our lives. Thus, the aviation sector has grown exponentially.

The aviation industry is one of the largest in the world. The aviation sector in every country adds value to its economy. Hence, this makes it a valuable asset. Every day there are thousands of passengers that travel with airlines around the world.

Similarly, in the United Kingdom, the aviation sector offers domestic and international travel. And different companies provide the luxury of airline travel to several destinations.

With the increase in air travel, the aviation sectors are expected to grow more in the coming years. As a result of such growth, this sector ensures more employment. Thus, the demands of qualified aspirants in the airline industry will increase.

Talking about airline employment the industry is always in demand of qualified and skilled pilots. Among the airline employees, the pilot certainly has one of the highest salaries.

In terms of the pay scale, the profession of the pilot can be considered as a well-paying job in the United Kingdom. So, to know more about the Pilot salary in the UK let’s take a look at the statistics.

Although, the salary of a pilot in the United Kingdom varies depending upon various factors. However, to let you know the average pilot salary in the UK regardless of the differences we updated this section. 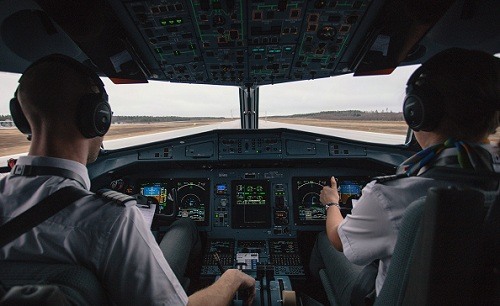 Here you should be able to get the information regarding the average pilot salary in the UK. The size of the airline companies also dictates the salary of its employees. Other than the employing company other factors affect the salary of a pilot in the UK.

Here below we have mentioned the average salary of a pilot in the UK depending upon the position and experience.

NOTE: The above-mentioned salary figures should be considered as the guide in terms of the pilot salary. Since the salary of a pilot increases every year due to the increments, thus the above-mentioned pay scale may not be accurate.

Salary Of Pilot By Airline

After conducting surveys on the pay scale of the pilots of several UK airlines we have been able to create salary statistics. However, these pay scale numbers may not be accurate but it does provide the approximate salary of a pilot.

In the chart below under each airline company, we have mentioned the average pilot salary per year. You can now check the salary of the first-class officers and a captain of an aircraft.

Here below we have the average Easyjet pilot salary, British Airways pilot pay scale, and pilot salary Raynair airlines in UK 2020. So, to know the salary of a pilot of your preferred UK airlines takes a look at the table below.

Other than concerns regarding the pay scale of a pilot in the United Kingdom you might have certain queries. Although, every query cannot be mentioned in this section here are some of the common questions asked by my most aspiring individuals.

Question 1. What is the starting salary of pilots in the UK?

ANS: As we have mentioned in the earlier sections of our article starting salary of a pilot depends upon various factors. Having said that in the starting pilots are likely to earn between ;

Question 2. Which are the top 5 UK Airline companies?

ANS: Depending upon the service quality, punctuality, and other services we have picked out the top 5 airlines that operate in the United Kingdom.

Question 3.What is the career prospect for a pilot?

ANS: Initially, every pilot first becomes a first officer who is considered to the second-in-command on the aircraft. Once employed as a first officer you will be the co-pilot of a captain of an airplane.

Finally, the promotion of a first-class officer to a captain depends upon various factors. However, after becoming a captain you will then take command of an aircraft while your salary increases.

Question 4. How to become a pilot in the UK?

First of all, the working hours of a pilot depend upon the type of airlines such as scheduled airlines, chartered airlines, or freight airlines. Similarly, the work environment, duties, and responsibilities differ.

Other than flying an airplane a pilot must be informative regarding the route, weather, etc. A pilot must also follow rules and regulations, check every system most importantly the safety systems.